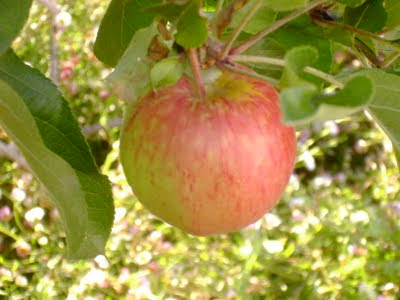 Once upon a time, in Paris, there lived a happy little family: Mama, Papa and little Mariucella. Alas, as soon "as the child was weaned", her mama vanished mysteriously. At long last, Papa decided to take another wife. Yet the new mother was not at all like the first. Where Mama had been kind, this lady was cruel; where Mama soft, this one was hard. But worst of all was that Mama had laughed with pleasure as she and Maricuella played tag in the garden, but Step-Mama merely scowled as though something smelled bad. By the time little Mariucella was old enough to walk, her stepmother was sending out to the pasture to mind the cows. By the time she had her seventh birthday, her stepmother had taught her to spin wool, and ordered her to spin a towful every day. As the years went by, so did the stepmother's demands, and by the year of Mariucella's 13th birthday, if she did not spin three tows a day, her stepmother beat her. One day, when everything seemed more difficult than it usually was, Mariucella sat down in the pasture and began to cry. That's when she heard a voice. It was one of the cows, and it told her that if she would go and take a rest under the apple tree, she would spin the wool for her. This Mariucella did, and when she awoke, refreshed, from her nap, she found three bobbins of wool, already spun. From that day on, the cow spun Mariucella's wool while the girl rested under the apple tree. Since her work was done, she had no fear of returning home, and so began returning earlier each day. Yet her stepmother became suspicious of this, and one day, spied upon the girl in the field. She observed that the cow spun the wool, while her stepdaughter lay down to rest. That very night, Step-Mama declared that she had a taste for beef. Though her husband was loathe to slaughter a milk cow, Step-Mama gave him no peace until he agreed. So the cow was killed, and Mariucella set to washing the guts. While she was washing the entrails, a surprising thing happened. Mariucella found an apple! She was very hungry, so she ate it, and continued washing the entrails. That's when she found a second apple. She threw this one onto the roof of the house, where it "turned into a cock", and crowed loudly, red comb bobbing. Now Mariucella continued washing the entrails, and there she found another apple. This apple she planted carefully in the garden, and, by morning, it grew from sprout to tree. It bore delicious apples, and caused those who ate of them to sing with joy. Mariucella ate one of these apples every day, and sang the whole day long. Step-Mama never ate them: she declared that she hated apples. One day, a Prince was passing through the forest, not far from Mariucella's house. He heard the sweetest singing in the world coming from a garden, and rushed to see who it could be. He found a lovely maiden, with an apple in her hand and a radiant smile on her face. But when he rode towards her, an ugly old woman dragged her back into the house. The prince rode on, but could not get the maiden out of his mind. When he arrived at his castle, he sent his ambassador out to discover the identity of the singing girl. So the ambassador rode to the cottage with an apple tree in the garden, and there he did see a woman singing. But she was ugly and old, and when he asked if there were not a younger woman at home, the dame claimed there was not. There were, however, bushels of apples, and His Highness was welcome to buy as many as he liked. Except from a certain cask that contained rotten apples, which needed to be burned. Now Step-Mama told a story of urgency in this matter, claiming that the apples were diseased and must be quickly destroyed. The Prince, wishing to aid this lady, was about to comply and began to build a fire around the apple cask. That is when the cock crowed from the roof, "Stay your hand, don't burn the cask. Inside hides apples — and a lass!" So the Prince cracked the cask open, and there inside was a girl with an apple in her hand. She began to sing so sweetly that the prince knew her at once. They were married that very day, and lived happily ever after.
From Cinderella: 345 Variants of Cinderella, Catskin, and Cap O' Rushes. Cox, M.R. (1893/2011) p. 98
Posted by Rachel Hope Crossman at 1:00 AM